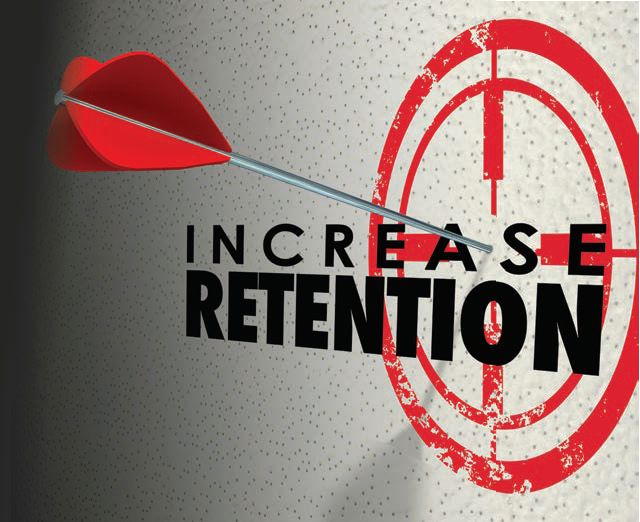 Ireland’s recovering horticulture sector is facing a problem it hasn’t had to deal with for over a decade: a hiring shortage. Joseph Blair of Horticulture.Jobs provides some context and shares some salient advice to frustrated

for jobs has increased by 400% in the last 12 months. Applicants for each role have decreased by 50% across all sub-sectors. The writing is on the wall, we have an issue with recruitment.

As with the previous boom, the economic upswing which is positively affecting the Irish horticulture sector is largely down to a resurgence in construction. And just like before, the building sector is sucking up the force. Not only can employers not fill new vacancies, but also they are struggling to retain staff in the ones they have. “They’ve gone off to start their own business…moved back to the construction sector…were offered terms that I just couldn't match…have gone back to Poland, Lithuania” etc are the all too familiar responses from employers when asked what happened to previous employees? The employers typically describe their ideal employee as a carbon copy of themselves; complete with years of experience and unparalleled multitasking abilities. If only I could clone people, I’d be set.

The Republic is not alone; Northern Irish companies have begun advertising more frequently and are reporting similar difficulties. Mainland UK companies began advertising with us in 2016 in response to their own crises and many Irish graduates move over in search of the wider range of opportunities on offer. Even the Netherlands is not immune to the problems.

On a recent press trip to the Netherlands, Horticulture.Jobs visited many nurseries of varying sizes and found they had one thing in common, they were all were trying to automate, but with limited success, because they couldn’t rely on the usual sources of staff at peak busy times.

Many different factors aggravate the recruitment crisis, particularly in relation to general positions in horticulture. The ones I most frequently hear are:

Employers face a challenge to recruit the right people but there are some things that can be done.

RETENTION IS BETTER THAN CURE

Ask any employer, and they will tell you that it’s easier to keep good employees than it is to find new ones. While money is important, it’s not everything.

In addition to the above, I would say there is one more key thing to consider in relation to retention and that’s value. We’re human beings and we love to feel valued. It doesn’t have to be the grand gestures, it’s the small thing that counts.

While my own insight has been gained from professional experience I thought it would be good to hear some additional points of view from others in the sector. Here’s what Ross Carew, executive secretary of the Association of Landscape Contractors and Dermot Callaghan, head of horticulture at Teagasc, have to say.

By some distance, the biggest issue currently facing our members (and the broader horticulture/landscaping/nursery sector) is the difficulty in recruiting and retaining good staff. I’ve been hearing this from our members for 18 months now and it is only becoming more frequent, urgent and slightly panic-stricken. Several members have told me that the shortage of sta is a major obstacle to them growing their business and that they have had to turn down work as a result.

As one member said, “We have worked really hard on the difficult part – marketing and generating new business – and have been successful. Now, ironically, we are not able to carry out all the work that we have managed to win”.

I tell our members there is no silver bullet here, and that realistically the problem is going to get worse before it gets better. A recent newspaper headline said “Recovery threatened by of builders”, going on to say that 80,000 additional workers would be needed by 2020 to meet the demand for new housing.

The construction industry pays much better than our sector. While the new national minimum wage, as of 1 January 2018, is €9.55 an hour for an “experienced adult worker” i.e. an employee who has an employment of any kind in any two years over the age of 18, the mandatory minimum hourly rate of pay for new entrant workers in the construction sector is €13.77 per hour. Pay rates for landscape operatives vary from €12 to €15 per hour, depending on what they are doing and on how long they have been employed by the contractor. I advise our members that it is worth paying a good employee an extra euro or two an hour to keep him, rather than losing him and then having to replace him which will often cost more in the long run.

I am often told that, while they would like to pay their staff more, they can’t afford to as the rates they are getting for contracts are too low and under pressure. This raises a bigger issue of landscapers often getting sucked into a race to the bottom in terms of what they charge. I don’t see a good future for anyone pursuing that strategy but some guys are not able to break out of that mindset.

Another member told me that he recently lost two of his Polish employees because the economy and pay are improving in Poland, and they could get the same money at the end of the week as they would be getting in Ireland.

There is no doubt that the cost of rent in the greater Dublin area is a major contributory factor here. However, it’s not all doom and gloom. The ALCI has recently started working with Teagasc, along with other stakeholders, to develop a two-year apprenticeship programme, 70% of the time on learning the job and 30% in a classroom, leading to a FETAC level 6 qualification on successful completion. This is something the ALCI has wanted to see happen for many years and we are most enthusiastic about this development, which it is hoped to have in place by autumn 2019.

The current shortages of in the horticulture sector are very serious and pose a threat to the various subsectors. By its very nature, horticulture is intensive, with approximately 40% of all input costs coming under the heading. What is notable about the current shortages is that they are being felt by all operators. Having an administration and HR function which is top class does not guarantee successful recruitment. Producers who are offering very structured employment packages covering flights, accommodation of a high standard, transport, induction, and training are faring best but are still carrying the shortfall. ✽

JOSEPH BLAIR is a lifelong horticulturist who  in business support & development for horticulture businesses. Through his management of Horticulture.Jobs he has a unique insight into recruitment and employee retention. Contact him joseph@horticulture.ie